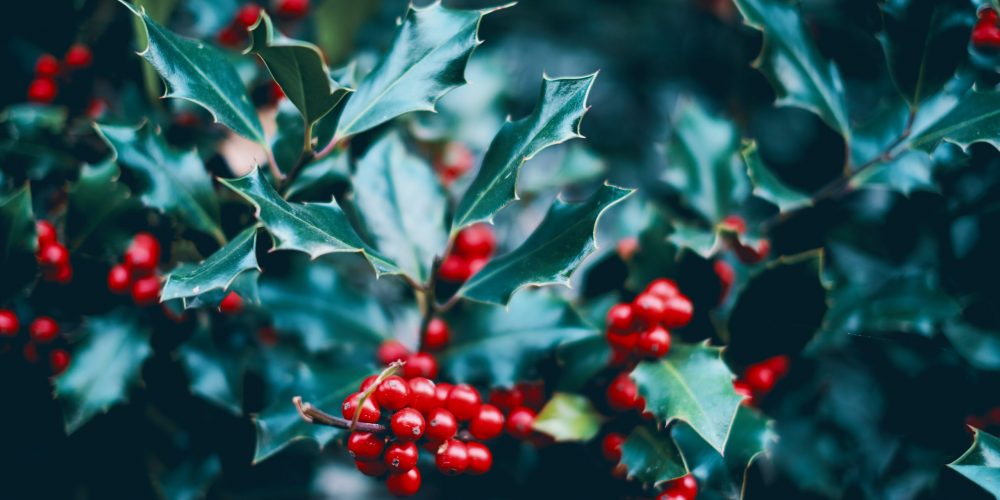 With its brilliant crimson berries and evergreen leaves, Holly has long been used to decorate our homes during the holiday season. This Christmas plant has a rich history and significance in different cultural traditions throughout the ages. Join us on a merry holly adventure as we learn more about this jolly plant in a Christmas Holly Nature Study!

The Holly family includes small shrubs and tall trees found growing naturally throughout Europe, North America, and Asia. There are many varieties of holly, but probably the most well-known in our Christmas decorations and wreaths is the evergreen English Holly (Ilex aquifolium). This slow growing and hardy perennial is often sculpted into living fences. Its dense branches and bright red berries provide an important food source and protection for birds during the winter months.

Not all holly leaves are spiky! Both smooth and serrated leaves can even be found on the same shrub. According to a new study by the Botanical Journal of the Linnean Society, holly trees produce sharper leaves as a defense mechanism against herbivores, like deer, who stop by for a snack. The survey found that there are more prickly leaves growing at grazing height, between 0 – 2.5 meters from the ground. The leaves with smooth margins are found at the top. This amazing adaptation is a process known as heterophylly.

Ready for another surprise? Not all holly plants have berries! Hollies are a dioecious species, which means the male and female reproductive structures grow on separate plants. Both male (staminate) and female (pistillate) hollies bloom with white flowers, but only the female plants produce fruit. However, these berries can only be produced if there is a male plant nearby for pollination. Insects like bees and butterflies help to cross-pollinate the plants, carrying the pollen from the male flowers to the female. The berries are toxic so be careful when handling this plant around young children and pets.

The hard and tight-grained wood of the holly tree has been used through the centuries to decorate ornate furniture with veneer designs and even carved into chess pieces. It is known as one of the whitest of all woods, making a particularly valuable accent in these intricate designs.

What does Holly Symbolize?

Before holly was associated with Christmas, it was connected to the ancient celebrations of the winter solstice. The Roman’s valued holly as Saturn’s sacred plant. They believed it protected them against lightning strikes and gave each other small Holly wreaths during the winter festival of Saturnalia.

In Celtic lore, holly was considered one of the most sacred trees, symbolizing peace and goodwill. People brought Holly boughs into their home during the winter to ward off “evil spirits”. According to legend, the Oak King and Holly King ruled the changing seasons. The Oak King was a forest character wearing a crown of oak leaves and acorns, dressed in green. The Holly King was a powerful figure that looks a lot like Father Christmas with a red cloak, covered in holly leaves and branches. Each felt they knew how to rule the land the best. The Oak King wished for long, sunny days that promoted growth. The Holly King wished for long, dark nights and the land to sleep. The two met at the summer solstice for a great battle. Weakened by the loss of his leaves during the winter, the Oak King loses the crown to the Holly King. The days begin to get shorter and the nights gradually get colder. But at the winter solstice, the Oak King is reborn! His new leaves begin to open and he defeats the Holly King. The days grow longer until the cycle of battles repeats.

In Christianity, Holly grew to symbolize the crown of thorns with the red berries representing Christ’s sacrifice and the evergreen leaves a metaphor for ever lasting life.

Unfortunately we live in an area where naturally growing holly is scarce. Join us in creating this fun paper wreath from Sky Goodies instead!

Sign up for our newsletter at the end of this post to download your FREE Holly Anatomy Poster and Worksheets. If you are already a member of our subscriber community, find this activity on our community page (check your most recent Newsletter for the link). Please supervise young children around fresh holly if you are using it as a model. Holly plants are highly toxic. 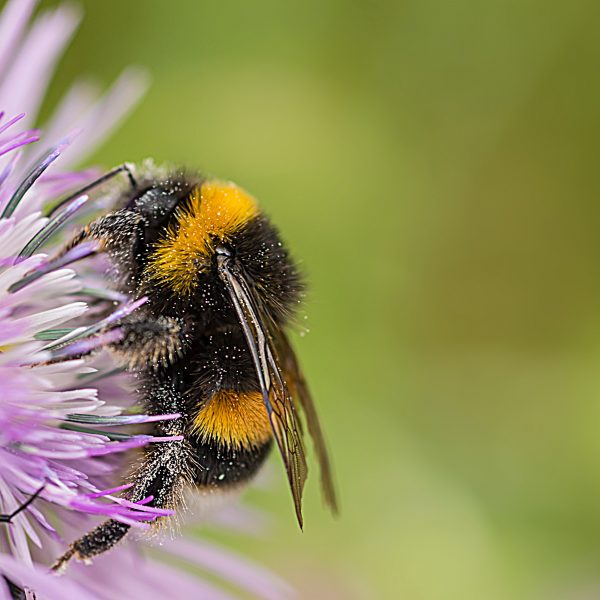 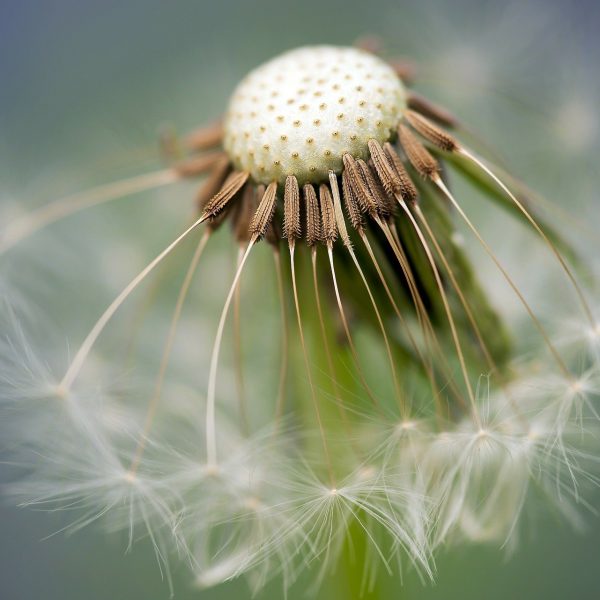 💐Did you know you can send messages with roses?

🌹Love is in the air with our Rose Looking Glass

🧭The NEW Harbor + Sprout Exploration Unit is He